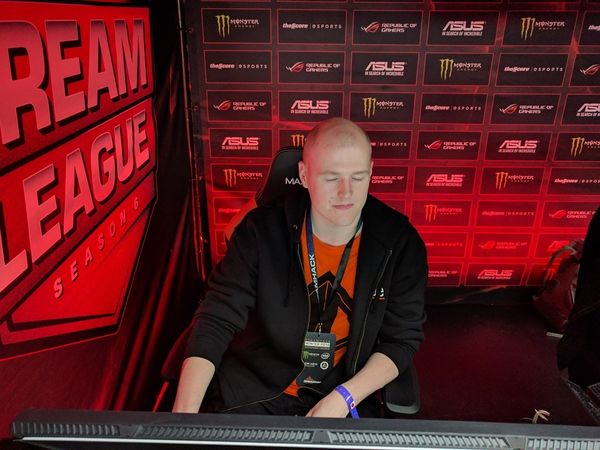 Kalle "Trixi" Saarinen is a Finnish professional Dota 2 player who last played for 5 Anchors No Captain.

Kalle "Trixi" Saarinen played HoN under the Fnatic colors until he left the organization which was announced on December 5, 2011. He then switched over to play Dota 2 as part of the EBIN team, which eventually became the first mousesports Dota 2 team.

In HoN Trixi was known as one of the most versatile players around, being able to play anything from Carry to Support with great success. When joining the mousesports Dota 2 team Trixi mainly played the carry for his team. However, in Fnatic.EU he was seen playing the offlaner most of the time.

On May 2, 2012 it was announced that Trixi alongside DeMenT and Rexi left mousesports, since then he disappeared from the competitive Dota 2 scene. September 3, 2012 marked the official return of Trixi to competitive Dota 2 as he joined his former HoN team Fnatic.EU, although he was seen playing with Fnatic for almost two months prior to his decision to join.