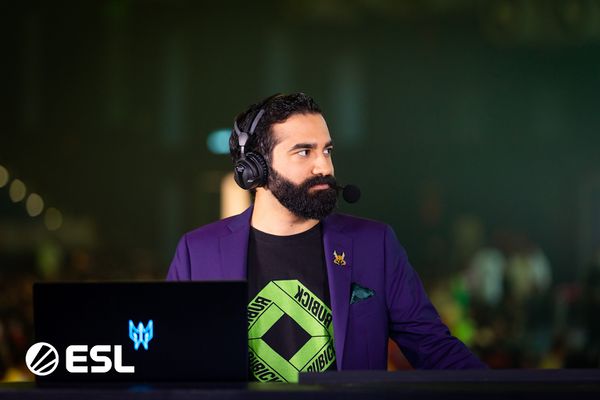 Tsunami started his Dota career as a content creating community figure. His most noteworthy video projects including “Be the Better Carry, Mid, and Support” YouTube videos. Tsunami is also an occasional writer; he has written articles on patch notes, and hero guides. He owns and operates howdoiplay, a website created to help with hero tips and counters. His work later ventured into casting and has since been involved in several pro-circuit tournaments. Tsunami is known for his smooth, distinct voice and proud beard.

Tsunami started Dota in November 2011 and noted that his first contribution to the community was in a Dota 2 subreddit post in February 2013, Tsunami's Hero Tips and Counters - Vol. I: Alchemist-Bounty Hunter [1] Since the Reddit post, he has written several articles and guides on hero tips and counters for Team eHug, Dota Cinema and the Dota 2 subreddit. These guides transformed and became howdoiplay.com, which has gained a reputation for its mix of information and humor.

Neal has also created several YouTube videos on his channel, Tsunami643 and Relax You're Fine. His training and passion for writing and cinematography made his videos stand out with their higher production value, and helped them become cornerstone pieces of dota content.

Despite a growing popularity for his community content, Tsunami wanted to parlay his knowledge into a talent-based career. He started casting qualifier matches in 2016 and in 2017.[2] Tsunami joined the Beyond the Summit casting team for the WESG 2016 Asia Pacific Finals in their LA studio. He since has received a late invite to Galaxy Battles 2 in January 2018. Galaxy Battles 2 provided Tsunami with his first live cast and significantly increased casting exposure, leading to various casting opportunities. In April 2018 he was announced as talent for Starladder i-League Invitational 5.

By mid 2019, he was invited to cast/panel on two Valve-sponsored DPC events, including one Major.