How long has it been since he lost his name? The torn ruin of his mind no longer knows.

Dimly he recalls armor and banners and grim-faced kin riding at his side. He remembers a battle: pain and fear as pale hands ripped him from his saddle. He remembers terror as they threw him into the yawning pit of the Dead God alongside his brothers, to hear the Dirge and be consumed into nothingness. In the darkness below, time left them. Thought left them. Sanity left them. Hunger, however, did not. They turned on each other with split fingernails and shattered teeth. Then it came: distant at first, a fragile note at the edge of perception, joined by another, then another, inescapable and unending. The chorus grew into a living wall of sound pulsing in his mind until no other thought survived. With the Dirge consuming him, he opened his arms to the Dead God and welcomed his obliteration. Yet destruction was not what he'd been chosen for. The Dead God demanded war. In the belly of the great nothing, he was granted a new purpose: to spread the Dirge across the land, to rally the sleepless dead against the living. He was to become the Undying, the herald of the Dead God, to rise and fall and rise again whenever his body failed him. To trudge on through death unending, that the Dirge might never end.

Shambling into battle, Undying forces enemies to decide whether to flee his wrath or be torn apart by it. He drains strength from his foes, and summons a horde of clawing undead. When he finally becomes a hulking flesh golem, his enemies may already be overwhelmed.

Redirects the flow of energy through a target friendly or enemy unit, healing or damaging it depending on how many units are near Undying. Each counted unit takes damage.
18/14/10/6
90/100/110/120
Even his allied Heroes feel despair in Undying's presence.
Notes

ET
Targeting
Point Target
Affects
Enemy Units
Summons a tombstone at the target point. Zombies will frequently spawn next to every enemy unit in the area around the Tombstone, and attack them. Zombies have the Deathlust ability, which causes their attacks to slow the target, and increases the attack and movement speed of the zombie. Deathlust triggers when the target reaches below a certain amount or percentage of health, whichever comes first.
85/80/75/70
70/65/60/55
10
120/130/140/150
Dirge calls on his fallen brothers to fight for the Dead God.
Notes

RF
Targeting
No Target
Affects
Enemy Units
Damage Type
Magical
Undying transforms into a horrifying flesh golem. Gains a percentage increase to strength and imbues attacks with a slow and damage over time. Zombies do double damage to enemies affected by Flesh Golem's attacks.
125
90
100
The flesh of the recently dead add to the power of Dirge's plague.
Notes

Targeting
Passive
Affects
Self
Comes back to life with full health and mana after a few seconds.
300

Targeting
Passive
Affects
Self
This creature does not feel the effects of most spells. 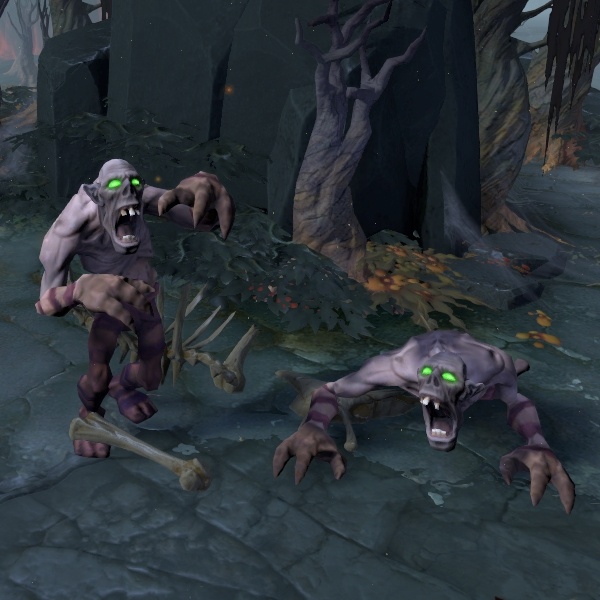 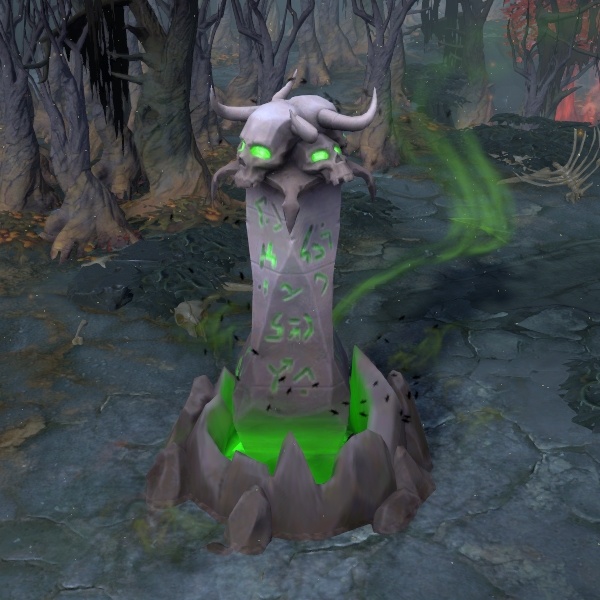