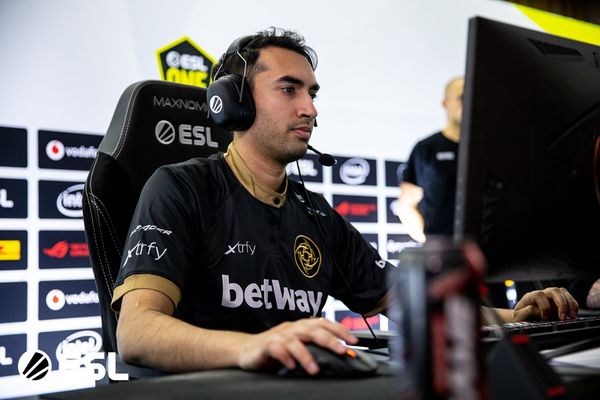 Saahil "Universe" Arora is an American former professional Dota 2 player from Madison, Wisconsin. He last played for Ninjas in Pyjamas. He retired from competitive Dota on April 23rd, 2020.[1]

Universe is a decorated DotA veteran, having competed in all but the initial yearly Dota 2 championship series, The International. UNiVeRsE has become a fixture in the North American DotA scene as one of the most talented offlaners the West has to offer, best known for his Dark Seer and Faceless Void.

UNiVeRsE was part of the Online Kingdom squad, alongside Fear, that placed 7th at The International 2011, although he did not compete at the event. Following The International, he had short stints with It's Gosu and Quantic in which he showcased his considerable talent. Eventually UNiVeRsE would join his former teammate Fear on EG as their new hard support player.[2] In the months leading up to the second International, UNiVeRsE helped EG to a Top 4 finish at DreamHack Summer 2012 as well as the BeyondTheSummit World Tour. On May 25, 2012, Saahil along with the rest of EG was invited to participate in the The International 2012 in order to compete for its $1,600,000 prize pool. After impressing in the group stage, they were knocked out from the winner bracket by the team that would proceed to win the tournament, invictus Gaming, with a 1-2 score. Their run in the loser bracket would prove to be short, as they were knocked out immediately by TongFu. Following The International 2, UNiVeRsE took a short hiatus from DotA to focus on his studies and on September 12, 2012, Evil Geniuses and UNiVeRsE parted ways.[3]

On January 6th 2013, he would re-enter the scene as the new offlane player for Dignitas replacing Sneyking.[4] UNiVeRsE blossomed into one of the most proficient offlaners in the entire Western scene and was a key part of Dignitas' sustained success, which culminated in a 9th-place finish at The International 3.

Following the post TI3 roster shuffle UNiVeRsE rejoined Evil Geniuses on September 19, 2013, after agreeing to a very reasonable contract buyout settlement.[5]. Saahil decided to move into the EG house in San Francisco, along MSS, Fogged, Jeyo, and Fear in order for the team to better prepare for tournaments. The new EG roster was however marred with poor performances, with their most notable placement being a second-place finish at Electronic Sports World Cup 2013. These poor results lead to another roster shuffle for Evil Geniuses, leaving Fear and Universe as the only remaining members.

Under the moniker of S A D B O Y S, Saahil and Clinton began playing with Arteezy, ppd, and zai. Together the team went on a 19-game win streak including a 1st-place finish in the Electronic Sports Prime/Shock Therapy Cup. On February 21st, 2014 S A D B O Y S were announced as the new Evil Geniuses roster. In March 2014 the new EG made their LAN debut at the Monster Energy Invitational, where they won 3-2 against Cloud9 in the finals. The team quickly began to establish their reputation as one of the best teams in the world due in no small part to Saahil's consistent play in the offlane on heroes such as Dark Seer, Puck, Tidehunter, and Natures Prophet. On April 29th, UNiVeRsE and his EG teammates were directly invited to compete in The International 2014.[6] With top 3 finishes at three of the four major LANs prior to TI4, EG was one of the favorites to win the biggest tournament of the year. At TI4 Evil Geniuses had a strong performance in the group stage placing second with an 11-4 record. In the main event EG would beat Team DK but fall to Newbee and Vici Gaming, and end up taking 3rd place and $1,038,416 USD. After his play at TI4, UNiVeRsE was heralded as one of the best offlaners in the world, especially for his outstanding matches on Faceless Void.

UNiVeRsE was a key part of EG's success during their 2015 season, which saw marquee wins at both the Dota 2 Asia Championships and The International 2015. He was named by Redbull as the MVP of the tournament for consistent high-level play in the offlane role throughout the tournament, including spectacular play on Clockwerk in many decisive games as well as a tournament-sealing 5-man Echo Slam on his Earthshaker in Game 4 of the Grand Finals against CDEC Gaming.[7]

From EG to Team Secret and Back to EG[edit]

Results after their TI victory remained strong, with EG finishing 3rd at the first ever Valve Major, The Frankfurt Major, behind OG and rivals Team Secret, a LAN victory at The Summit 4 and two Grand Final appearances at StarLadder and MDL Winter in January 2016. Following another 3rd-place finish at the second Valve Major, The Shanghai Major, EG was denied a LAN victory yet again at Dota Pit, where they were swiped 3-0 by MVP.Phoenix.

On March 22, 2016, it was announced that UNiVeRsE would be leaving Evil Geniuses to join Team Secret alongside his teammate Arteezy[8]. This move came as a massive shock to the community, as both teams were seen to be dominating the scene and it was mere days before the roster lock. Results at the three LANs that UNiVeRsE attended with Team Secret however were very disappointing.

On June 9, 2016 - only days after Team Secret and Evil Geniuses had finished last at The Manila Major 2016 - Secret announced that UNiVeRsE had left to join EG[9], forcing both teams to go through Open Qualifiers for The International 2016. With Saahil back on board, EG easily beat the Open Qualifier and Regional Qualifiers, having dropped only one map to compLexity Gaming for the entirety of the qualifier. After dropping to eventual winners Wings Gaming in the Upper Bracket Final and to runner-ups Digital Chaos in the Lower Bracket Final, Saahil and EG finished 3rd at the main event, reaching top 3 for the third International in a row.

The new season, post TI6, saw a major overhaul of the EG roster, with Fear going into retirement and ppd stepping back from the active roster to become CEO of EG. In their stead, Arteezy would return to the team alongside Cr1t-, who would take up the captaining responsibility. For the first part of the season, Saahil and EG would be the focus of Valve's new documentary series "True Sight". The film crew would follow the team from the start of the season until the end of The Boston Major, where EG were eliminated in the semi-finals, finishing 3-4th place. Strong results continued for the team, but the victory escaped them at The Kiev Major and other large LANs. Still, EG received a direct invite for The International 2017 and UNiVeRsE would have a shot at being the first two-time International Champion. However, despite a strong group stage, the main event saw EG eliminated without winning a single map, being defeated 2-0 first to Newbee in the first round of the upper bracket and then again by Team Empire in the second round of the lower bracket. EG would finish at a disappointing 9-12th place.

With the introduction of the new Dota Pro Circuit for the new season, expectations were high for the Evil Geniuses and UNiVeRsE. However, EG's best result at a LAN would be a 3rd-place finish at DreamLeague Season 8. In the following, UNiVeRsE was released from EG by the end of 2017[10].

UNiVeRsE would remain teamless for less than a month: on January 13th, he officially joined Fnatic[11] in Malaysia. On Fnatic, he would rejoin former teammate EternalEnvy and pieliedie, with whom he had played on Team Secret. At their second LAN together, ESL One Katowice, Fnatic surprisingly topped their group ahead of Team Secret and finished fourth at the tournament.