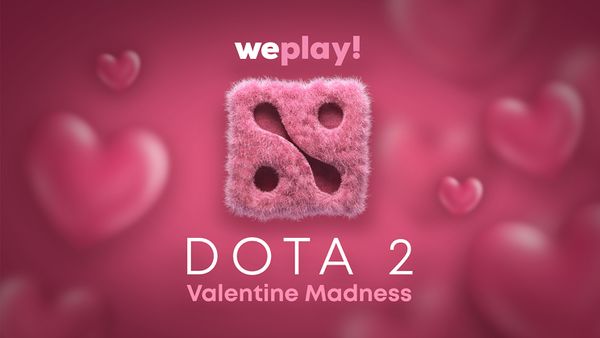 WePlay! Esports returns with another installment in their Madness series of online Dota 2 events in the Europe and CIS regions. In February, 2019, the WePlay! Valentine Madness offers a with $100,000 USD prize pool for the twelve participating teams.[1]

The talent for the English broadcast was announced on February 3rd.[2]

GoDz cannot attend due to illness. He is replaced by

The talent for the Russian broadcast was announced on February 6th.[4]

Cooman will be standing in for

The Pango
2
The Pango

Old but Gold
1
Winners' Round 2

The Pango
1
Winners' Round 3

Ninjas in Pyjamas
2
Losers' Round 1

The Pango
0
Losers' Round 2

The Pango
1
The Pango

The Pango
2
The Pango