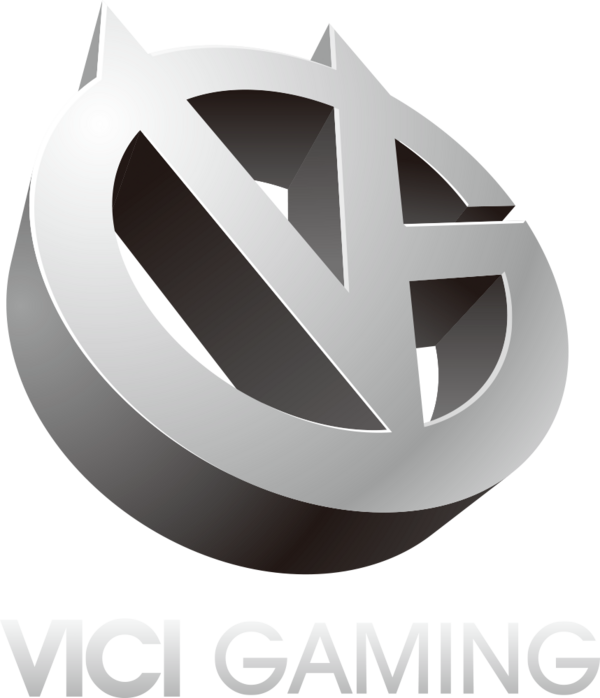 Vici Gaming was formed on October 21st, 2012[1] with the help of “Fengdidi”, who also had previously played in PanDarea Gaming under the name “PanPan”, handpicking highly skilled players that were highly ranked on the Chinese DotA ladder at the time.

The players had no previous professional experience at the time with the exception of sydm who had played under the banner of TyLoo. Notably, their mid lane player “Cty” had shown promise by winning a 1v1 tournament organized by 2009, in which he beat famous players like Ferrari_430, Sylar, Hao, and other top Chinese players shortly before getting recruited.

The team qualified for the 2012 G-League Season 2 by beating Noah's Ark in the preliminaries.

On January 28th, Vici signed the team Greedy, captained by the famous YaphetS as their online/backup squad. The rest of the team consisted of xiaotuji, Maybe, nL_Ks, and Q. They were focused on the original DotA, although they have since expanded to Dota 2.[2]

On March 1st, Vici signed ZSMJ, who built a Dota 2 squad.[3] It was believed that ZSMJ brought some of his teammates from his project with Chisbug with him to Vici Gaming, of which one is definitely Sgua_Li. In the following weeks, Vici Gaming made roster adjustments, dropping some players in private while sending out a public notice for interested players to contact them.[4]

On March 28th, It was announced that carry player ZSMJ replaced mid player sydm and that former carry Cty picked up the mid role.[5]

In June 2013, following elimination from the The International 2013 qualifiers and a disappointing finish outside playoff places in DSL, Vici Gaming announced the departure of team executive, PandaPanPan, and team manager, Nada. Their replacement was mikasa, who occasionally played as a substitute for VG.

In December 2013, Vici Gaming traveled to Poland to compete in the Raidcall EMS Fall LAN finals, joining the ranks of teams like Alliance, Navi and DK who were pioneers in east-west tournament participation.[6] Following this, the team also traveled to the Kingston HyperX Dota 2 League offline finals in Las Vegas in 2014.[7] Vici would go on to take first place at EMS One Fall, but would subsequently fall from the top of Dota 2 due to a lack of direction and poor player performances. Despite placing at many events Vici would not achieve another title in the TI3 to TI4 season.

At the end of April 2014 Vici Gaming was awarded a direct invite to The International 4,[8] where they would go on to place first in the group stage and second overall.

After The International 4, Vici Gaming made big chances to their roster by acquiring Black and iceiceice in the carry and offlane positions, respectively. After these transfers, the team managed to place first in many premier tournaments such as i-League, ESL One New York 2014 and The Summit 2. In February 2015, Vici Gaming was invited to the Dota 2 Asia Championships which had the largest prize pool outside of The International events. Vici Gaming finished as a runner-up in the tournament, knocking out the tournament favorites Team Secret but were swept by Evil Geniuses in the grand finals.

In the post-DAC shuffle in March 2015, Vici Gaming made a new youth squad called Vici Gaming Potential (abbreviated as VG.P) which consisted of promising new players in the Chinese Dota scene. Changes were also made in the main team with the replacement of Black with Hao. After the shuffle, Vici Gaming continued to show strong results in premier tournaments by placing 1st in Star Ladder Star Series Season 12 and runners-up in i-League Season 3. Because of these strong results, Vici Gaming were awarded a direct invite to The International 5 where despite having a rough group stage and being placed in the lower bracket, managed to finish 4th in the tournament.