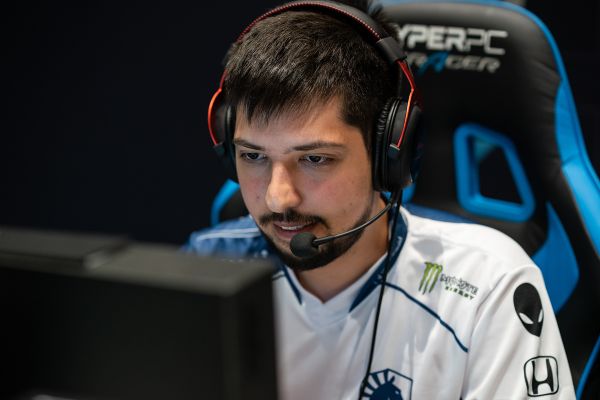 Aliwi "w33" Omar is a Romanian/Syrian professional Dota 2 player who is currently playing for Alliance.

w33 was born and raised in Romania with a Syrian father. Apart from Romanian, w33 is proficient in both English and Arabic. He began playing DotA in 2004, switching over to Dota 2 in 2011. Prior to pursuing a professional DotA career, w33 studied chemical engineering at university.

Over time, w33 grew into a well-known pubstar. He obtained the highest MMR of any player for a significant amount of time, even becoming the first player to breach 8000 MMR. His first team was Balkan Bears, a team that he built with friends and other high-level players. Although the team failed to achieve good tournament results, w33 was able to showcase his exceptional ability at playing solo mid, going toe to toe with some of the top-tier mids. w33 became particularly known for his ability to play Meepo, who was considered a niche and unconventional pick.

After Balkan Bears disbanded, w33 was invited to join the team MeePwn'd alongside veteran players such as H4nn1 and pieliedie. However, the team did not manage to produce any significant results and disbanded two months after formation. However, w33 did not remain teamless for long, as he quickly returned to Balkan Bears. Two months later, w33 was offered to join 4 Clover & Lepricon with veterans such as Pajkatt and EGM. This time w33's team managed to produce some results, winning minor tournaments such as GIGABYTE Challenge #15 and MSI Dragon Battle 6. Three months later, w33 was invited by Puppey to be a part of a rebuilt Team Secret alongside EternaLEnVy, MiSeRy and pieliedie.

During his time at Team Secret, w33 had large amounts of success. Much of this success came from w33's solo mid play on Windranger, Invoker, and Meepo. Team Secret won multiple premier-level LAN events such as the MLG World Finals and the Nanyang Dota 2 Championships. Although they were among the best teams in the world in terms of tournament performance at the time, they were upset in the first Dota 2 Major, the Frankfurt Major by OG, ending up in second place. After the major, Team Secret looked shaky but nevertheless continued onto the next major with the same roster, the Shanghai Major, which they won handily. Despite w33's solid solo mid performances during his time on the team, he was removed from the team in the post-Shanghai Major reshuffle.

With not much time remaining before the next major's roster lock, w33 was considered to be among the better free agents in the reshuffle. Alongside former Team Secret teammate MiSeRy, w33 was invited to join the American team Digital Chaos, who were rebuilding their team around the Ukrainian mid player Resolut1on. Despite early exits from previous competitions prior to the The International 2016, w33 believed that coming into the tournament they were the underdogs.[1] He believed that as underdogs, the pressure and expectation would be less and he would perform better. After an eventful series, he finished runners-up in the tournament, losing to Wings Gaming 3-1 in the grand finals.

Following the International, w33 and his team sustained mixed success into the new year; victorious in ESL One Genting 2017 but several underperformances during the competitive season led to the departure of the team, and reformation to Thunderbirds. The reformation was short-lived and w33 spent a year playing for various European teams, later flying to Brazil to play for PaiN Gaming in April 2018.[2]