The fabric of creation needs constant care, lest it grow tattered; for when it unravels, whole worlds come undone. It is the work of the Weavers to keep the fabric tight, to repair worn spots in the mesh of reality. They also defend from the things that gnaw and lay their eggs in frayed regions, whose young can quickly devour an entire universe if the Weavers let their attention lapse. Skitskurr was a master Weaver, charged with keeping one small patch of creation tightly woven and unfaded. But the job was not enough to satisfy. It nagged him that the original work of creation all lay in the past; the Loom had done its work and travelled on. He wanted to create rather than merely maintain—to weave worlds of his own devising. He began making small changes to his domain, but the thrill of creation proved addictive, and his strokes became bolder, pulling against the pattern that the Loom had woven.

The guardians came, with their scissors, and Weaver's world was pared off, snipped from the cosmic tapestry, which they rewove without him in it. Skitskurr found himself alone, apart from his kind, a state that would have been torment for any other Weaver. But Skitskurr rejoiced, for now he was free. Free to create for himself, to begin anew. The raw materials he needed to weave a new reality were all around him. All he had to do was tear apart this old world at the seams.

Weaver has no trouble evading enemies to position himself for another strike. Slipping in and out of sight, he avoids death by rewinding himself to an earlier position and health state. His arsenal of elusive skills ensures he is always a critical nuisance to his foes.

QR
Targeting
Point Target
Affects
Enemy Units
Damage Type
Physical
Weaver launches a swarm of beetles that latch onto any enemy unit in their path, attacking and reducing armor until it is killed.
44/36/28/20
42/34/26/18
110
Skitskurr opens a gap in the space time fabric, allowing young Weavers to slip through and aid him in combat.
Notes

WC
Targeting
No Target
Affects
Enemy Units
Damage Type
Magical
Weaver shifts out of visibility, gaining bonus movement speed and the ability to ignore the movement speed limit --doing harm to any enemies it passes through.
15/12/9/6
60
As the Weavers worked in the fabric of creation, small wormholes allowed them to slip through time to better work their craft.
Notes

EK
Targeting
Passive
Affects
Self
Damage Type
Physical
Allows Weaver to attack an enemy multiple times.
9/7/5/3
Skitskurr's relationship with time is somewhat variable, causing his actions to be witnessed—and felt—more than once.
Notes

RT
Targeting
No Target
Affects
Self
Weaver warps backward to whatever position it was in five seconds earlier—regaining the HP and mana from that time. This has no effect on cooldowns, gold, or experience.
70/55/40
150/75/0
If Skitskurr does not deem the current reality of the world to fit his desires, he simply crawls back in time to right what was wronged.
Notes 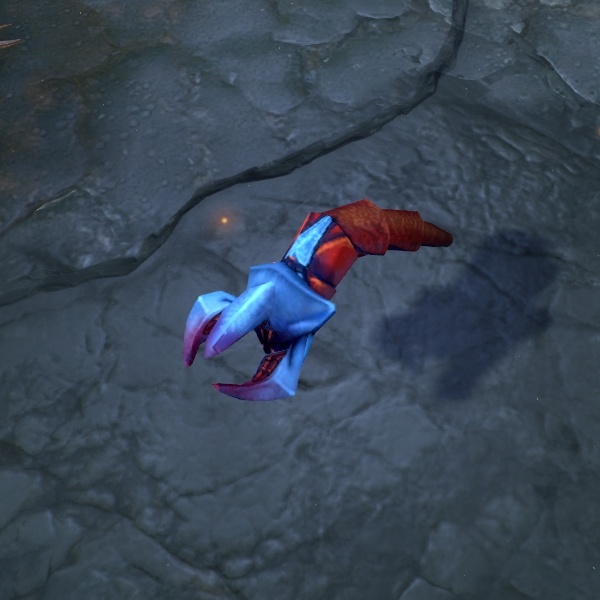