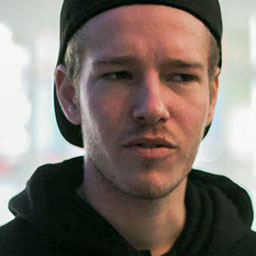 Johan "Weppas" Westberg is a Dota 2 observer. He is widely known to be one of the people behind the scenes during tournaments as an observer alongside skrff.

Born in Sweden, Johan started off playing games such as Battlefield 2, Counter-Strike 1.6 and Heroes of Newerth. Before joining Dota 2, Weppas was a caster & strategy specialist for Heroes of Newerth at Gamereplays.org and casting e-Sport SM which was the Swedish Championships. In other roles, Weppas was a team manager for "Team Druidz [Omega]" coming to during Dreamhack Winter 2011 and later left the team.[1] Through networking and casting games on gamereplays.org he later joined The GD Studio as a caster. Shortly afterwards he and skrff decided to become observers and through practice and criticism, he and skrff are considered one of the best observers in Dota 2 today. He is still a member of the GD Studio and whenever he is not observing, he is streaming on Twitch.

While still casting Heroes of Newerth matches and having the role of a strategy specialist at gamereplays.org, he began slowly transitioning to Dota 2. He asked Icefrog for a beta key and later received one in late September 2011. With the slow transition to dota 2, he began to produce some Dota 2 guides on the gamereplays website and was a staff member there. He later saw an opportunity after meeting a man named "Trancezor" and joined The GD Studio and started casting the The International 2013 Western Qualifiers alongside notable members such as skrff, Bruno, 2GD and others. However, despite the opportunity to cast these matches, he felt that his casting was not consistent and decided to trial becoming an observer alongside skrff, showing that one observer wouldn't be enough .[2] He felt that he had some casting experience from previous games that gave him an advantage and was later accepted as an observer with skrff. Since moving as an observer, he has participated in numerous premier events such as EPICENTER and valve marquee events such as The Majors and The International. He believes that the most important part of being an observer is "making the casters look good" and telling the storyline of the game.