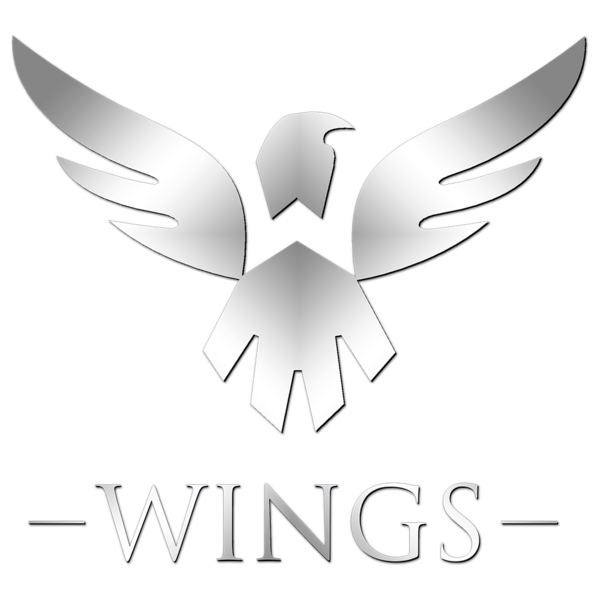 Wings Gaming was a Chinese professional Dota 2 team and champions of The International 2016, best known for their aggressive play style and deep hero pool.

The team was formed in August 2014 after The International 2014 by a group of Chinese pub stars alongside ex-Speed Gaming member y`. After just under two months, former Speed Gaming members bLink, Faith_bian and jdh joined the team, reuniting with their former teammate y`. The new and rejuvenated roster was able to win the Dota 2 Secondary Pro League, securing a slot in the Dota 2 Asia Championships 2015 Wild Card. Despite finding success, Faith_bian and y` departed from the team late in December, being replaced by ZeroPerfect and HaN in the new year. Wings was able to post a 3-2 record in the Wild Card but failed to qualify, as they were tied with HyperGloryTeam, who had defeated Wings earlier in the day. In the following months, ZeroPerfect and HaN departed to join Team DK, with Cqc leaving as well. xdd, InJuly and super joined the team in April 2015, completing the roster that would end up winning the The International 2015 Open Chinese Qualifiers. Despite finishing fourth in the TI5 Main China Qualifiers, Wings disbanded three days later.

Following The International 2015, former members bLink, Faith_bian and y` returned to the team, joined by iceice and shadow. While Wings failed to qualify for the Frankfurt Major 2015, they were able to finish fourth at WCA 2015, including a 2-0 victory over Frankfurt finalists Team Secret. Wings was accused of cheating against Leviathan in the quarterfinals, but their manager denied the allegations, stating that the team was confident in their abilities, and they would have no reason to cheat.[1][2] Wings failed to qualify for the Shanghai Major 2016, meaning they would be missing their second consecutive Major. After no Chinese teams placed in the top 8 at Shanghai, Wings were determined to prove themselves as one of China's premier teams. The team was able to win ESL One Manila in spectacular fashion, with a 3-0 victory over Shanghai finalists Team Liquid.[3] However, Wings would end up finishing in the bottom four at the Manila Major 2016 after receiving a direct invite, leading many to consider them inconsistent.[1][4]

After Manila, the team stabilized, finishing second at the Nanyang Championships Season 2 after a close series with Newbee and beating two-time Major champion OG in the grand finals of The Summit 5. Claims of inconsistency returned during the group stage of The International 2016, as the team lost 2-0 to Natus Vincere and TnC Gaming despite tying tournament favorites OG and defending champions Evil Geniuses. Wings would proceed to dominate the upper bracket, losing only two games in the four series they played, both against second place team Digital Chaos. Wings' first-place finish secured the team $9,139,002 of the tournament's $20,770,460 prize pool, the largest prize pool in the history of eSports at the time.[4]

Wings were known to be highly unpredictable. They also had an incredibly deep hero pool; for example, during The Summit 5 finals, Wings picked twenty different heroes in the four games they played (thus, not playing any hero more than once). Their team captain, y`, has commented "DotA becomes very stale if we play the same heroes over and over again."[5]