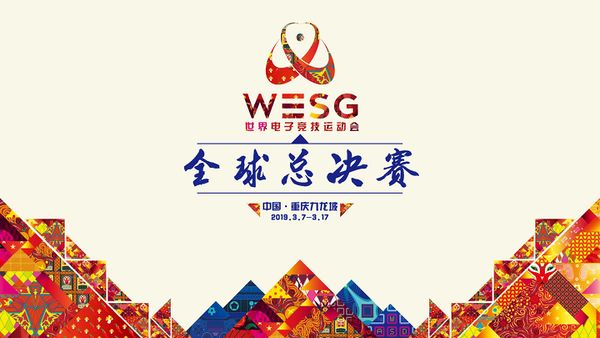 Alisports announced its official start of the third World Electronic Sports Games on 29 June 2018 in Kuala Lumpur. WESG is an international Esports championship tournament by Alisports – the sports branch of Alibaba Group, who is also a top partner of the Olympic Games. The global tournament from Alisports is the world’s only Olympic-style Esports competition. The last two seasons of the WESG have been a huge success and last season alone attracted 68,000 players from more than 126 countries and regions with its top-tier prize pool of 5.5 million dollars.

Kuku was banned from attending the tournament.[3]

Faith_bian had his upper arm fractured while filming the team video during MDL Macau 2019.[8][9]

Liposa due to a schedule conflict with StarLadder ImbaTV Dota 2 Minor.[11]
7 Veteran was signed by Reckoning Esports on February 26th.[12]
8 Teamhor renamed toTeam Mongolia.
9 Orcus was picked up by FATE Esports on March 3rd.[13]
10