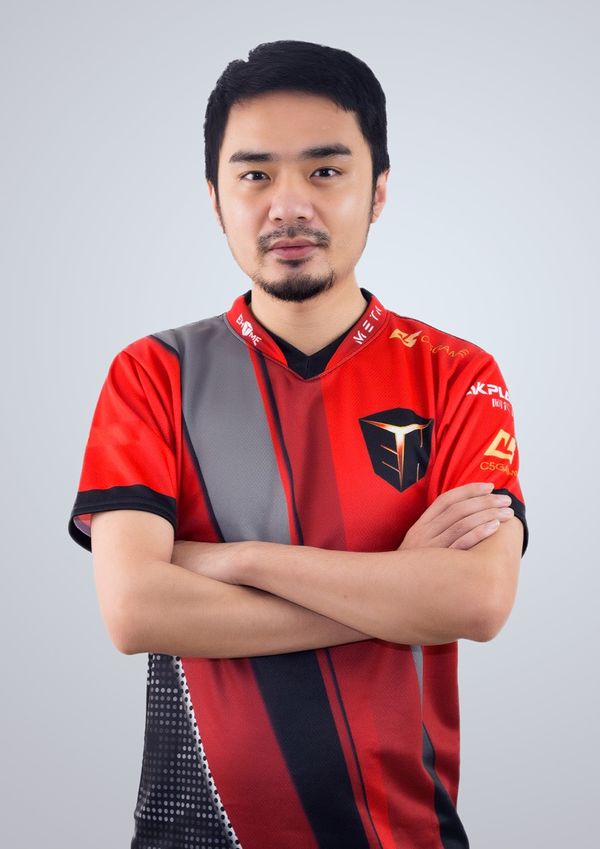 Zhang "xiao8" Ning is a Chinese Dota 2 player who is currently coaching PSG.LGD.

Xiao8 begun his professional career in September 2010 playing in Dream alongside Yao, DD, Li and SJQ.[1]

In early 2011 Xiao8 joined Catastrophic Cruel Memories along with Zhou, Ferrari 430 and ddc. After some success Xiao8 and his teammates moved to Invictus Gaming in a $6 million deal.[2] However the team failed to perform in The International 2011, and following a defeat to Tyloo at the World Cyber Games 2011 Xiao8 and ddc moved to LGD Gaming.[3] In LGD Gaming Xiao8 played the offlane prior to and during The International 2012, but afterwards played the solo mid role, up until his departure from the team.[4]

Xiao8 was then rumored to be part of a "Chinese Dream Team",[5] and it was later confirmed that he was acquired, along with Hao, by Newbee for approximately $100,000 USD,[6] joining KingJ, ZSMJ, and Mu. Xiao8 would start off in the support role, until ZSMJ and KingJ were replaced by Banana and Sansheng, delegating the offlane to Xiao8. This team would go on to win The International 2014, despite almost being eliminated in the group stages. On July 29th, Xiao8 announced his break from professional play on his Weibo.[7]

Following the conclusion of his playing career, Xiao8 moved into coaching for EHOME and later PSG.LGD, with whom he won the Animajor 2021 and finished runner up at The International 2021.