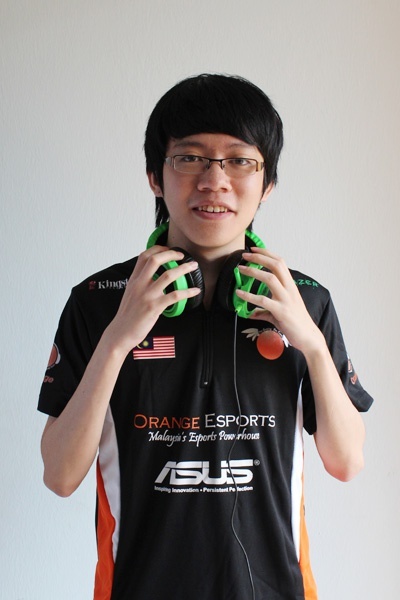 XtiNcT is a former Warcraft 3 professional player and veteran of the DotA scene. He is well known for his ability to control micro intensive heroes such as Enchantress and Chen with great finesse. A storied captain of several DotA squads, most notably Nirvana.my who were considered one of the greatest squads ever to play in the DotA SEA scene. He played support for Neolution.Orange and continued his legacy as a great drafter and support player, but is now seen under the Titan flag.

XtiNcT's first foray into Dota 2 was when he was picked up by Orange in late 2011 along with DotA veterans Mushi and WinteR for a sum of 100,000 RM.[1] Despite being unfamiliar with the new engine, the Orange squad started off strong. They were able to take first place at Malaysia Invitational and second at Iskandar Malaysia League of Cyber Games before the end of the year.

As with almost every single team at the start of every year, there were some roster changes with Orange. XtiNcT remained on the squad while Mushi moved to a coaching position (albeit temporarily). DotA veterans Ice, kYxY and the legendary YamateH joined the squad. Also of note, Orange announced their Academy squad where future main squad member Ohaiyo got his start.[2] With this star studded roster, Orange were able to place top 3 at 6 tournaments, winning 4 of them, between the beginning of the year and The International 2012. XtiNcT lead the charge for the squad with his solid drafts backed by strong supporting performances. Valve recognized this squad's strength, stability and potential and rewarded Orange with an invite to The International 2012 in Seattle, Washington. At The International 2012, XtiNcT was able to lead his team to a respectable 7/8th position and winning the team $25,000. Without skipping a beat, Orange went on to win the WCG 2012 Malaysia National Final and the WCG 2012 Asia Championship less than a week after the end of The International 2012. The next main tournament that Orange performed in was the G-1 Champions League Season 4 where the squad made it out of the group stages and took 3rd at the LAN finals over Invictus Gaming who had just won The International 2012.

Once again, Orange faced a shuffle with their squad. WinteR left the squad to join Apple Banana Cucumber who was later picked up by MUFC. Ice and YamateH moved on to Zenith. Mushi also took a leave of absence from playing, basically leaving XtiNcT to pick up the pieces. Luckily, he was able to bring in Net, Ohaiyo, veteran player kYxY, and rookie Kecik Imba. Eventually Mushi rejoined the squad but they maintained the six man roster so as to keep giving experience to Kecik Imba. The squad was able to perform well in the first half of 2013 leading up to The International 2013. Valve sent Orange a direct invite to The International 2013 after the squad proved themselves to once again be very strong contenders in the SEA scene, especially with Mushi and XtiNcT leading the team. After The International 2013 and Mushi's departure of Orange, it was announced on the 21st of September that the remaining players were leaving Orange and the four active players moved to Titan.[3][4]