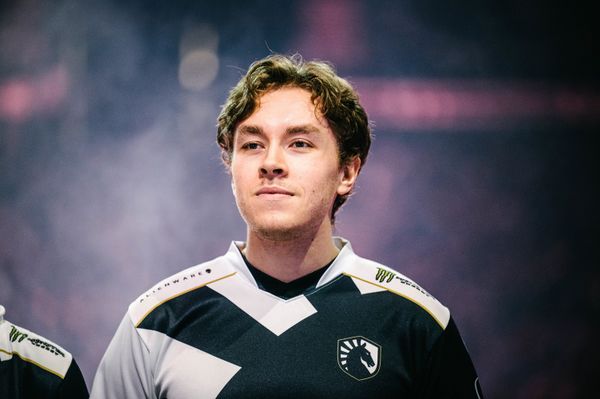 Despite his very young age, zai made a name for himself in Heroes of Newerth, playing on teams such as Trademark eSports and compLexity Gaming, and winning DreamHoN 2012 at the age of 14. In 2013 he transitioned to Dota 2 alongside fellow HoN pros Ensoe, Tralfamadore and, most importantly ppd, with whom he found quick success with team Stay Free and later Super Strong Dinosaurs. In late January 2014, he transferred to the support role and joined ppd, Arteezy and EG players Fear and UNiVeRsE in team S A D B O Y S, which would mark the start of his breakthrough in the Dota 2 scene. As S A D B O Y S went 16-2 in games in their twenty days of playing together, the team caught the attention of Evil Geniuses. On the 21st of February 2014, S A D B O Y S and zai were picked up by Evil Geniuses.[1]

On 6th January 2015 it was announced that zai had left EG to join Team Secret and he'd be switching back to the offlane role.[2][3]

After Team Secret's 7th-8th finish at The International 5, zai left the team to complete his high school education.[4] When the substitute player slot was introduced by Valve along with the Major system zai became the official substitute of EG.[5] Players are permitted to be registered to more than one team (but are only allowed to accept one invite to a Major tournament)[6], and zai utilised this to join Kaipi after completing his studies, whilst still remaining the official substitute for EG.[7]

On 12th of June 2016 it was announced that zai would be rejoining EG along with UNiVeRsE,[8] mere weeks before The International 2016. Despite having to go through the Open and Closed Qualifiers, the team managed to qualify for TI and reach 3rd place.

Zai remained at EG for another year as part of a new lineup with his friend Arteezy, led by Danish captain Cr1t-. Despite a strong start to the season, the team was unable to keep up the strong performances culminating in a disappointingly early finish at The International 2017. Following TI7, zai chose to leave EG to form a new team with his former captain, PPD. This team would soon be picked up by OpTic Gaming.

At OpTic, zai would switch back to the offlane. However, the team was unable to achieve any meaningful success. In December 2017, zai switched back to being roaming support, with 33 replacing him in the offlane, and performances markedly improved. Despite a decent season and a top eight finish at The International 2018, zai decided to depart OpTic and return to Team Secret, where he would once again play in the offlane.

Following another third place finish at The International 2021, after over three years at Secret, zai departed from Team Secret to join Team Liquid. [9][10]