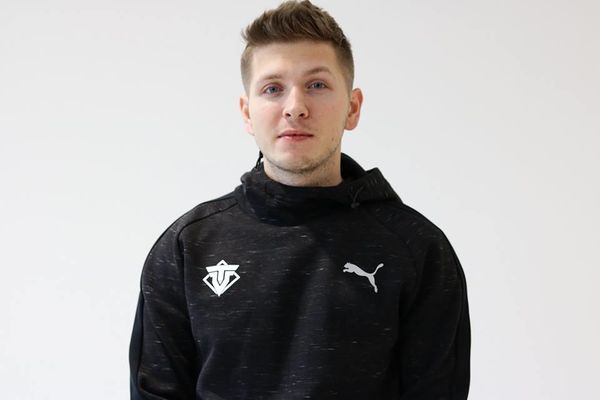 Born in Croatia on 1 September 1992 BorasLegend came to Sweden as an infant due to the Bosnian war and Croatian War of Independence. At age of 7 his family moved from the small village Gödestad to Borås where he has lived since. His gamertag BorasLegend is a reference to his home town Borås. He played in the Swedish football club IF Elfsborg youth academy for 8 years, but quit at age of 15. Two years later he quit his football career due to injuries.

He started to play FIFA at early age but got his big interest for it when he quit his football career. In his first competition in 2009 he came to the final of a big offline tournament but lost to Avan “aaviboy” Rashid. Some days later he got his revenge in the unofficial Swedish Championship at Dreamhack Winter were he beat the same Avan Rashid with 3-1.

After his triumph he took a break to focus on studies and work but came back in 2012 to compete in the Swedish Championship. He managed to go all the way to the final where he eventually lost to Filip “Stek” Persson after a nail-biting best of three series. The defeat was a big reverse. After the loss BorasLegend decided to put full effort on FIFA and quit his job at Hennes & Mauritz. In the autumn of 2012 he took home the Sportbladet E-Football Challenge after beating Filip Persson in semi and the future rival Lukas “Lukasinho” Gummesson in the final.

In the beginning of 2013 he attended the Virgin Gaming Challenge Series in Las Vegas. He managed to go all the way and win the world title after defeating Rafael “Ralfitita” Riobo in the final with 3-1. He also took home 140.000 USD which was one of the biggest single winnings in e-sport history. A month after the triumph in Las Vegas he won the Swedish competition Metallsvenskan in Örebro after beating Lukas “Lukasinho” Gummesson in the final. But the sweetest win for the Swede was the Swedish Championship on Dreamhack Summer where he got his revenge after previous year’s final loss. He beat Lukas “Lukasinho” Gummesson in the final and claimed his second Swedish national title and the first official Swedish title. This summer he got his first sponsor signing after joining the Copenhagen Wolves.

BorasLegend took part in the ESWC in France for the first time in the autumn of 2013. He went to semifinal were he lost to Frenchmen Vincent “Vinch” Hoffman who later won the competition. In the bronze placement game BorasLegend beat the Dutchmen Alban “azzurra” Xhemajli.

In 2014 BorasLegend joined the e-sport organization Alliance. His first competition for the new organization was Maxinge Challenge in Finland where he reached final but loss to Lukas “Lukasinho” Gummesson after three long games that lead to a penalty shootout. The same Lukasinho beat him two months later in the finals of Karlstad Open. After several final defeats that year, BorasLegend stepped up in the Swedish Championship in the summer of 2014. BorasLegend defended his Swedish national title after defeating the up comer Lucas “Afro” Wallman in the final with 1-0, 3-2. He continued his winning streak by winning the online competition Showmatch Spring against the Italian Diego Campagnani. Some months later he returned to the ESWC and Paris. This time he suffered another semifinal loss against the Iranian Navid “Adamant” Borhani who eventually won the final. After a successful year with Alliance BorasLegend left the organization in February 2015.

In 2015 he joined the Swedish team Trig Esports. This year was his toughest in his career where he was very unsatisfied with the Fifa 15 engine. Still he managed to win the Swedish online competition Cashligan in April for the first time since 2013 after winning the final against Christian “chrillegbg” Bergenholtz. In May 2015, BorasLegend got eliminated from the Swedish Championship in quarterfinals after a penalty shootout against Rasmus “pettsson” Pettersson and was thus unable to defend his title which he had held for 2 years. In November 2015 he announced on his Facebook Page that he is leaving Trig Esports due to their economic problems.

In 2016, For the first time in his career BorasLegend attended the FIFA Interactive World Cup grand finals. He started strongly, winning his group, by many considered the group of death, after beating former World Champion August "Agge" Rosenmeier. He continued by eliminating the German-player Benedikt "SaLz0r" Saltzer in the round of 16. In the quarterfinals he beat the American hope Mike Ribeiro 2-1 and moved on to the semifinals. He got the nickname "Comeback King" after coming back from being down in all his games. In the semifinal against Mohamad "Al-Bacha" Al-Bacha, he could not comeback and lost 1-2 against Bacha, who later went on to win the tournament, becoming the new World Champion. BorasLegends first FIWC adventure ended with a bronze medal (after competition ranking decider), which is Swedens first medal in the FIWC history.

The season of 16 was in general marked by a lack of competitions. The national championship was canceled and Boras was thus unable to retrieve the title from FIFA 14 and 13. However Boras made a good run on the international scene, beside his triumph in the world cup. In Gfinity’s Play like a legend (FUT) he managed to qualify to 2 out of 3 live events and reached a top 10 placement in the Grand Finals hosted in London. Later he traveled to Bangkok to compete in the Asian game Fifa Online 3. Despite a few days practice he managed to finish top 4 in The Intercontinentals 2016 after losing in semifinal to the eventual champion Seop Kim after a penalty shootout.

BorasLegend started Fifa 17 in a very strong way by finishing on the first place on the Ultimate Team world ranking for October month. In the end of October he participated in ESWC for the third time in his career. After a bad start in the group stage he defeated Sean Allen with 6-1 in this last game which sent him through to the playoffs. However, he afterwards got disqualified for using an unregistered player, Hugo Lloris, in three of his games. The decision was controversial and many fans protested but ESWC's decision remained. Shortly after he signed with the British club Hashtag United F.C, ending his 1 year period as a free agent.[1]