We are hiring! Check out our business manager job posting and work in esports!
We are currently updating the structure of the wiki which might temporarily result in unusual or missing data. Thank you for your patience during this time! 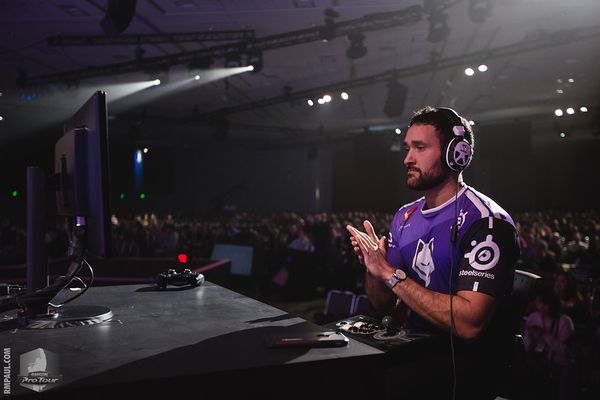 801 Strider first got into fighting games during his childhood in Mexico, playing Mortal Kombat and The King of Fighters at his local arcade. After moving to Salt Lake City in Utah he bought a discounted copy of Street Fighter Anniversary Collection where he fell in love with Street Fighter III: Third Strike and watched EVO Moment #37 for the first time which ultimately inspired him to get involved with the Fighting Games Community[1].

He first made his breakthrough competitively in Ultra Street Fighter IV during CEO 2015, defeating Daigo Umehara in a memorable set in Top-32 [2] and went on to finish 2nd in the Tournament eventually losing to Kazunoko in the final. Shortly after this he was picked up by Winterfox to represent the team for the upcoming Capcom Cup 2015 where he went out once again to Kazunoko as well as Luffy (Kazunoko would again go on to win the entire tournament). Gustavo would remain under the Winterfox org for two years into Street Fighter V before leaving in May 2017. Later he would play under the Allegiance banner for Capcom Cup 2017, where he would eventually finish in the Top-16 after a loss to Momochi. He has since switched from his main Laura to G in SFV.