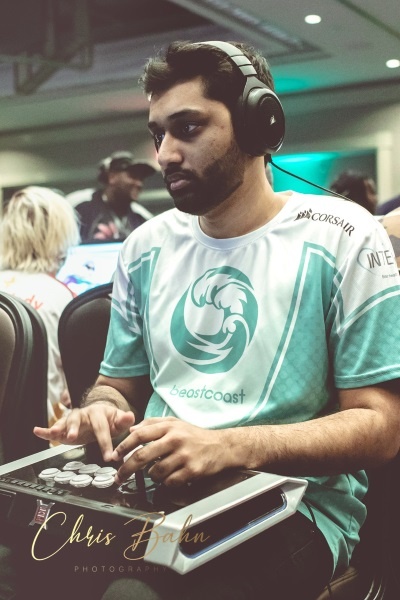 Vineeth "ApologyMan" Meka is an American fighting games player who currently plays Dragon Ball FighterZ. He is also a top player in Ultimate Marvel vs. Capcom 3, the BlazBlue series, and Marvel vs. Capcom: Infinite.