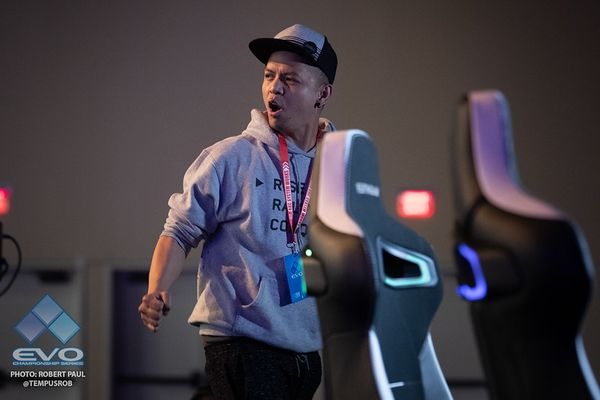 Ramirez had also developed a reputation as one of the best "heels" in the Fighting Game community, often prompting boo's from audiences at tournaments as well as disrespecting his opponents onstage, something that he personally revelled in for the emotional connection with the crowds[1]

He is also currently ranked as the 40th best Street Fighter V player on the PGRSF 2016-19.

After making an insensitive tweet referencing the Black Lives Matter movement in mid-2020 in the wake of the continued global protests surrounding the death of George Floyd, Filipino Champ was banned by both the organisers of East Coast Throwdown [2] and Combo Breaker [3] from attending their respective events in the future. This was then followed by an indefinite global ban from all Capcom Pro Tour events from June 17th 2020.[4]

Punk
Battle for the Stones Finals