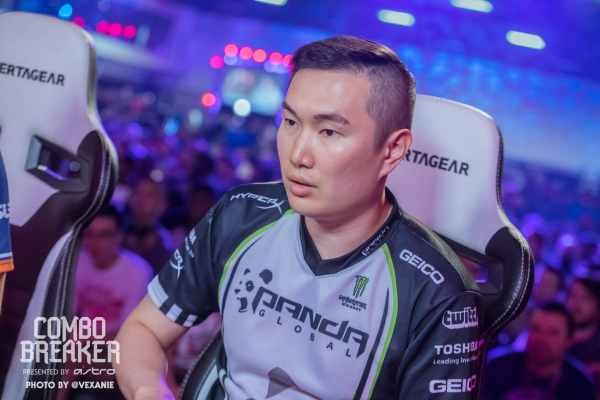 He is known for being highly skilled with dozens of characters in Ultra Street Fighter IV as well as being notorious for his hit-and-run playstyle. He is a six-time EVO champion, having won Super Street Fighter IV: Arcade Edition in 2012, Street Fighter X Tekken in 2012 and 2013 (the former with Laugh as his partner), Street Fighter V at EVO 2016 (the largest fighting game tournament in history with over 5,000 players), EVO Japan 2018 and Samurai Shodown in 2019. Early into the cycle of Street Fighter V, Infiltration was undefeated in tournaments he entered, eventually losing his streak to Daigo Umehara and Xiao Hai at DouyuTV U-League II, where he placed 4th.

In late 2018, he voluntarily withdrew from competing in Capcom Cup 2018 and the 2019 Capcom Pro Tour season, after controversy following allegations of domestic violence against his ex-wife.[1] He initally announced he was on a competitive hiatus until 2020[2] but had stated his intention to compete at EVO 2019, where he won his sixth EVO Title in Samurai Shodown. [3].