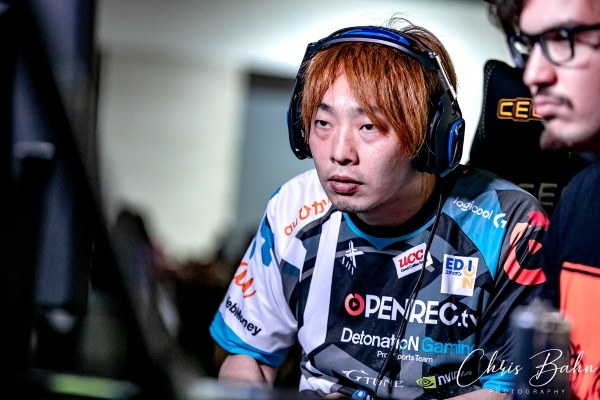 Hiromiki "Itabashi Zangief" Kumada, or Itazan, (born May 21, 1981) is a Japanese fighting games player currently representing DetonatioN Gaming. He is a two-time EVO champion, having won Virtua Fighter 4: Evolution at EVO 2004 and Virtua Fighter 5 at EVO 2007. He is well known for his Zangief play in Street Fighter.

Itabashi Zangief first made his name in the fighting game community by winning several major Virtua Fighter tournaments, such as World Cyber Games 2008, EVO 2004 and EVO 2007. With the release of Street Fighter IV, he went on to utilize his 3D fighting game knowledge in Street Fighter, eventually becoming well known for his exceptional Zangief. Although Itabashi Zangief started to shift his focus to the Capcom Pro Tour, he continued to deliver solid results in 3D fighters, having a fair share of success using Astaroth in Soul Calibur V [1].

In the 2017 season of the Capcom Pro Tour, Itabashi Zangief joined Japanese organization Detonation Gaming [2], which helped him solidify his status in the western scene. Throughout the season, he would go on to place 3rd at Canada Cup 2017, 4th at EVO 2017 and 5th at Capcom Cup 2017, cementing his best Street Fighter season to date. He would later finish Runner-Up to Gachikun in the 2018 Capcom Cup beating players like NuckleDu, Momochi, Caba, Angry Bird, Justin Wong, Xian, Fujimura in his run and also was the only player to take a set off the eventual winner in the Grand Finals.