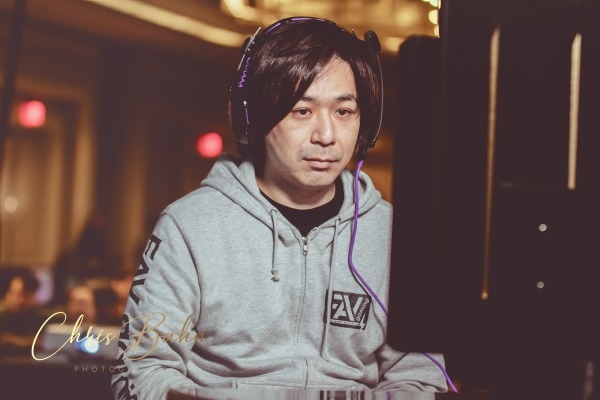 Naoto "sako" Sako (born April 9, 1979) is a Japanese fighting games player currently representing FAV gaming. He is a Capcom Cup champion, and is known for being an execution god, referring to his ability to perform incredibly difficult combos with ease.

In the arcade era of fighting games, Sako made a name for himself by mastering B.B.Hood (Bulleta) in Darkstalkers, a character famous for her high execution barrier. He also had a fair amount of success in Hyper Street Fighter II, Street Fighter III: Third Strike and Guilty Gear XX, getting high placings in plenty of national tournaments.

In Super Street Fighter IV: Arcade Edition and Ultra Street Fighter IV, Sako was once again relished by the fighting game community for his execution, as he would pull off very difficult Evil Ryu combos at high-stakes tournaments, coining the term Sako Combo. In Street Fighter V, Sako was quick to specialize in the characters with the biggest execution requirement in the game, Chun-li and Menat.

He is also currently ranked as the 20th best Street Fighter V player on the PGRSF 2016-19.