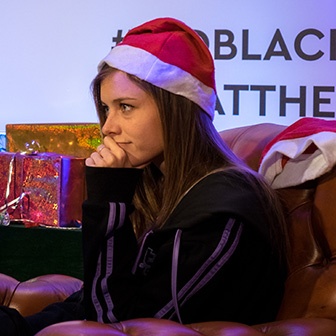 Alexandra "Alliestrasza" Macpherson is a Hearthstone player from the United States, currently playing for Fade 2 Karma.

Alliestrasza lives in San Diego and has been a Hearthstone streamer since she graduated college in 2015, earning a degree in Advertising and Public Relations. She has always had an interest in entertaining people and loves Hearthstone because it's based on strategy and outsmarting your opponent.[1] Outside of streaming she likes to play Overwatch and PUBG with friends, do yoga and go to music festivals or concerts.[2] She is also an avid supporter of cryptocurrency, so much so that she accepts donations in various coins. [3] In 2017 she co-hosted the Value Town Podcast[4] and in 2018 she hopes to expand from streaming and also become a competitive player.

Due to her success as a streamer, Allie often gets invited by Blizzard to participate in community tournaments and show matches.