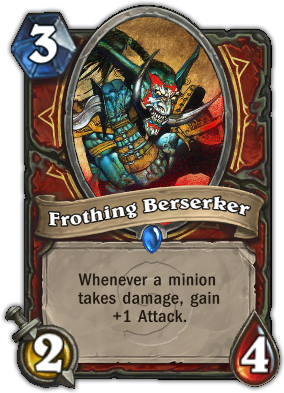 Frothing Berserker is a rare Warrior class Minion card. Its persistent effect causes it to gain 1 Attack every time any minion (regardless of owner) takes damage. This is a low cost card that can be played early in the game and quickly become a substantial threat, and because of this the Frothing Berserker synergizes exceptionally well with aggro/rush Warrior decks.