In addition, Top 8 will be invited to CN vs EU Season 2 tournament where Chinese players have an opportunity to win a Ferrari car from William Ding (Founder & CEO of NetEase) if they can win the tournament.[1] 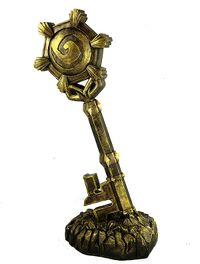 * The winnner can choose cash or a 600g pure golden hearthstone statue.