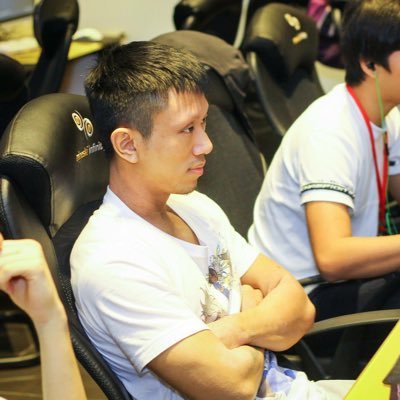 Neilyo is a Hearthstone player from Hanoi, Vietnam.

Lan "Neilyo" Tran is a professional Hearthstone player from Hanoi,Vietnam. Besides from being a pro player he also works as a tutor for elementary school students. He also plays FIFA, Pokemon, and Overwatch.

Neilyo started playing Hearthstone while he was living in the U.S. back in April 2014. He saw his friend playing the game while he was visiting his friend's house. He installed the game on his iPad to play before sleeping and from then on he couldn't stop winning.[1] He hit legend just after 25 days of learning the game. He reached rank 1 by using Zoolock because he didn't have much cards. After that he disenchanted a lot of cards that he didn’t use to craft Miracle Rogue and he then hit legend immediately.[2]

Neilyo made his breakthrough in 2015. He accumulated enough HWC points to get the number two seed in the 2015 SEA Top 40 Qualifier. He won all his games and made it to the winner's bracket in the LAN finals at the Meralco Theater in the Philippines. Neilyo won the 2015 HWC SEA LAN finals without dropping to the loser's bracket. He then moved on the the 2105 HWC APAC Qualifiers where he went 2-0 in the group stage. He lost in the semi-finals to Kno but his group stage his record in the group stage already secured him a spot at the 2015 Hearthstone World Championship as one of the four representatives of the APAC region. He lost with a record of 2-1 in the group stage of the 2015 Hearthstone World Championship ending up with a 9th-12th finish.

Just before the 2015 Hearthstone World Championship Neilyo was invited to the WCA 2015 - Asia Pro Qualifier where he defeated Kranich in the semifinals and then ChongGEr in the finals. On the main event of the the World Cyber Arena 2015 he placed 3rd in his group and moved into the playoffs. Neilyo defeated fellow SEA player SilentStormy in the first round of the playoffs before he was defeated by eventual 3rd place winner Aaron in the quarter finals.

(Updated for WoTG) Hunter for ladder