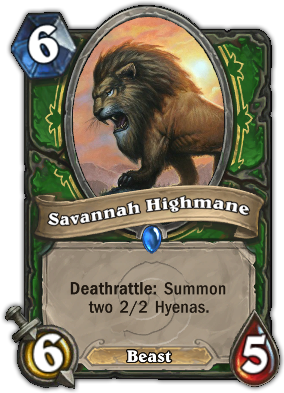 Savannah Highmane is a Hunter Minion card which will when it's destroyed summon two hyenas with attack two and health two.

This a pretty nice card that allows you to have 2 more minions when this minion is destroyed.

In World of Warcraft the Savannah Highmanes are hostile level 12-13 lions found in the Barrens.[1]