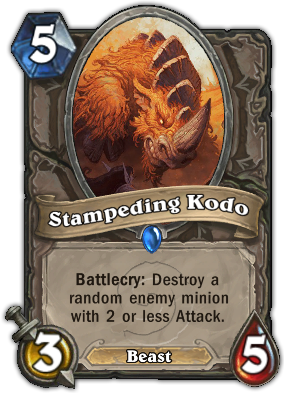 Stampeding Kodo is a good Arena card for decks that may be lacking midgame board control. As a 3/5, it has good durability and may bring down another minion the following turn.