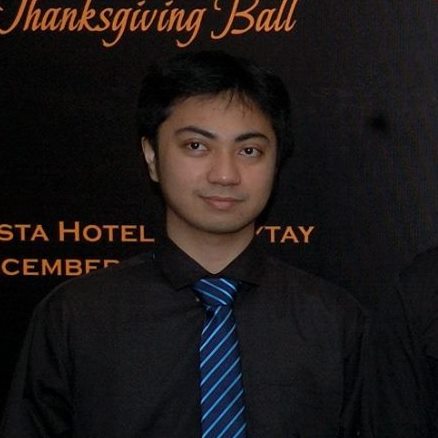 Euneil "Staz" Javiñas is a Hearthstone player from the Philippines, currently playing for Bren Esports.

Euneil "Staz" Javiñas has a degree in Electronics Engineering and works as an engineer[1].Staz started to play hearthstone because the Internet connection in the Philippines was generally slow. He figured Internet speed should not be as essential while playing a card game compared to playing games like RTS, MMORPG, FPS, or MOBA games. He had almost no experience in playing card games except for casually playing Yugioh,but he quickly adapted to the game.

Staz had a phenomenal run in 2014. That run included various tournament wins and being signed by a local pro team, SVentures Gaming[2], and it culminated in obtaining the 14th seed in the last leg of the North American Qualifiers for the 2014 Hearthstone World Championship.[3] Unfortunately, he was denied a US visa.[4].

In 2015, Staz took a job which occupied most of his time. He was still able to consistently reach legend rank and join tournaments with his limited time. Although his results for 2015 where definitely not as amazing as his 2014 run, he was still able to reach the Top 40 of the SEA Qualifiers of 2015.

For the winter season of 2016, Staz was able to collect 1 point from the final tournament of ESL APAC Open's Winter leg. That point combined with his two points from reaching legend ranks in December 2014 and January 2015 gave him 3 points[5] which was just barely enough to let him qualify directly to the 2016 SEA Winter Preliminaries and let him skip the tie breaker tournament for the SEA players with 2 points. Staz won the Preliminaries with a final record of 15-1. After being initially denied a US Visa, Staz sought the help of PeSPA who in turn sought out the aid of a Philippine Senator. After a letter to the US amabasodor, Staz was able to secure a US visa for himself.[6]. Staz's run in the APAC Winter Finals ended immediately after he lost his two matches.

Because Staz made it to the top 32 of SEA for the winter season, he was entered in a poll which decided who would be flown for free to the Singapore Major. People were able to vote for him in the Philippine Straw Poll and the People's Choice Straw poll.[7] Staz opted not to campaign for the polls, but opted to concentrate on the APAC Winter finals. He still went on to compete in the Singapore Majors.[8]

During the 2016 spring season Staz was able to continue his good run from the spring season. He won 1st place in the first leg of the WCA 2016. That together with the points he earned during his run to the APAC Winter Finals earned him a spot in the 2016 HCT SEA Spring Preliminary Qualifiers. He went to go on a repeat of his Winter win and won the opportunity to represent SEA in the 2016 HCT APAC Spring Championship. But with an unfortunate turn of events that is reminiscent of his 2014 run, Staz was again denied a US visa which robbed him of the opportunity to once again represent SEA in the 2016 HCT APAC Spring Championship.

Staz took part and won the Philippine Qualifiers for 2016 WESG . Just around the time he was able to secure a visa to Korea for the 2016 WESG Regional Finals, Staz signed with local esports team PH Alliance[9]. He flew to Korea as a member of PH Alliance and secured the 5th-6th place. That earned him a spot in the 2016 WESG World Finals.

Staz opens the year with his biggest win to date. He wins the grand prize of the World Electronic Sports Games 2016 by defeating Orange in a RenoMage mirror match in game 7 of the grand finals. With the win he becomes the 5th player with the highest total earnings from Hearthstone tournaments.[10]. He also attains his highest rank of his career. According to the Gosugamers' rankings, he is ranked 4th in Asia and 53rd in the World after his WESG victory.[11]

Staz got his in game name from an anime character.[12]