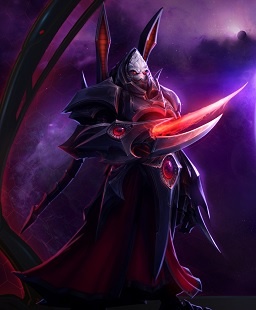 Alarak, the Highlord of the Tal'darim, is a Melee Assassin class hero in Heroes of the Storm. He first appeared in StarCraft II: Legacy of the Void as Tal'darim Protoss.

Not all heroes are born of altruism... some, like Alarak, simply desire vengeance. As the new Highlord of the Tal'darim, Alarak leads his people to a destiny free of the corrupt influence of the fallen xel'naga, Amon.