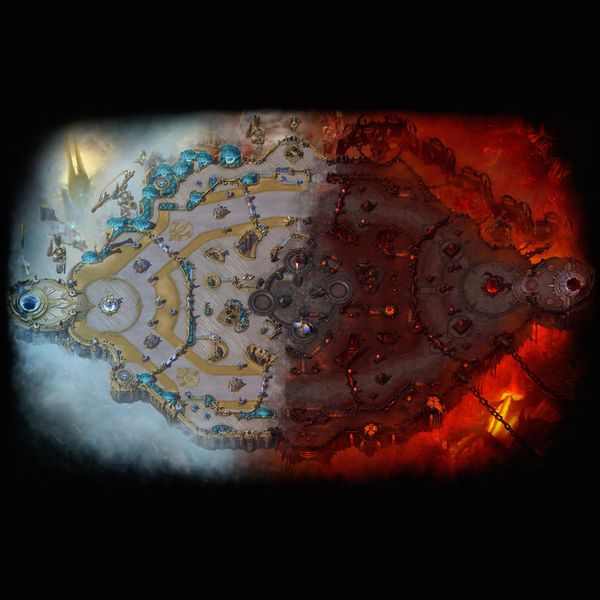 The High Heavens and the Burning Hells clash, quite literally, in a battlefield that represents their everlasting struggle. Two Immortals, ancient warriors locked in a duel to the death, need your help to prevail against their eternal foe. Vanquish the enemy Immortal, and you’ll find yourself charging over hallowed or profane ground—right onto the enemy’s doorstep.

Battlefield of Eternity has its own unique mercenary camps, and there is no boss. There are two Khazra camps: one above the top lane and one below the bottom lane. There are also two Fallen Shaman camps in the middle of the map on either side of the event location that are close to each teams' base.

When an Immortal is defeated, it will power up in the center of the battlefield and mark on the minimap which lane it will attack. It will always choose the lane with more structures. It will also gain a shield in addition to it's health bar based on how much health it had when the enemy Immortal was defeated. While it's shield lasts, it will have a ranged attack, but once it fails it will swap to melee.