From Liquipedia Heroes of the Storm Wiki
[e][h]Blackheart's Bay 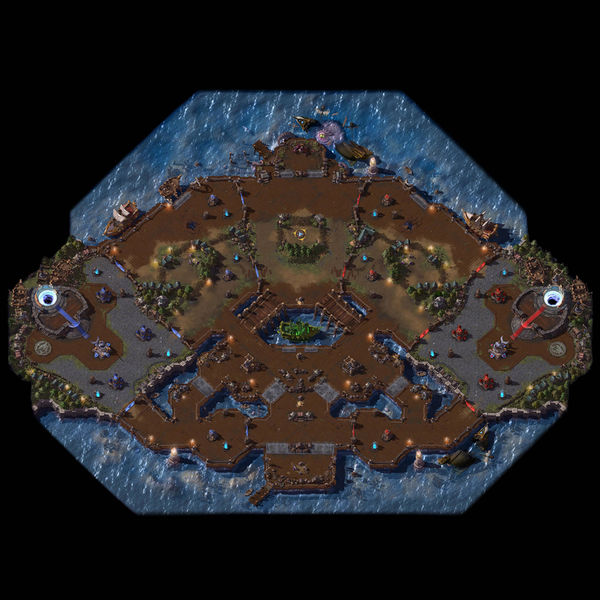 Blackheart's Bay is a heroes battleground revolving around the Pirate Blackheart. Blackheart's ghostship will bombard enemy buildings if a team can gain the ghostly pirate's favor. This battleground has three main lanes. Blackheart is located on the lower half of the map and a Grave Golem is found on the top half of the map. The battleground requires players to work together to collect doubloons from a variety of different sources and bring them in order to bribe Blackheart. Players will find themselves engaging in doubloon farming, doubloon defending and doubloon stealing from the enemy team, this battle ground promises constant action between the two teams.

The main objective of Blackheart's Bay revolves around gaining the favor of Blackheart to destroy the enemy base.

The zombie skeleton pirate himself

There are six mercenary camps and one watchtower on this map.

Siege Giants on the left side of the map.

Located near both bases, will push onto bottom lane when captured.

Located slightly above each base. This camp will push in top lane when captured.

Located right above top lane at the very center where the lane meets and when captured, will push top lane.

There is one watchtower located at the top side of the map.