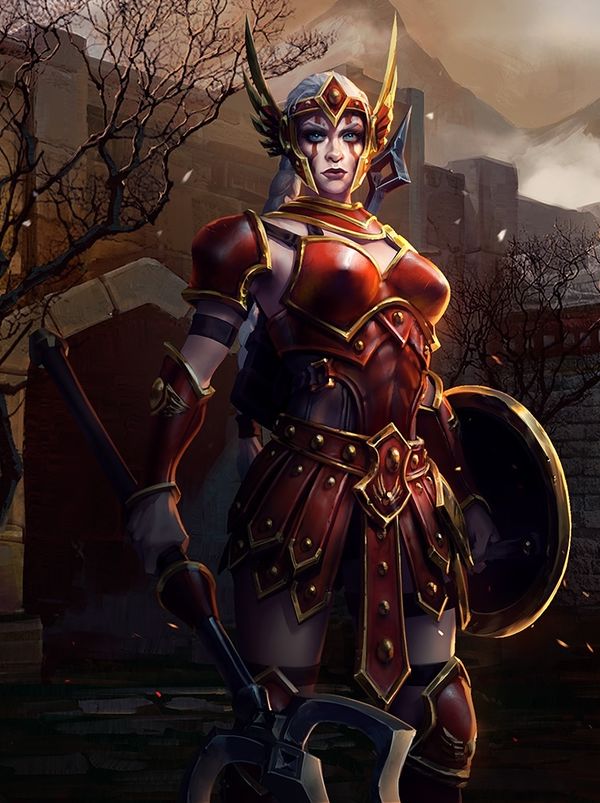 Cassia, the Amazon Warmatron, is a Ranged Assassin class hero in Heroes of the Storm.

After shattering the Worldstone, the young Amazon Cassia had changed. She had seen hatred, terror, and destruction firsthand. If the Askari were to survive the coming darkness, they needed an army. She would begin their training immediately.