From Liquipedia Heroes of the Storm Wiki
[e][h] 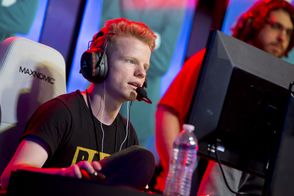 Mike "Glaurung" Fisk is an American player who is currently playing for Tempo Storm.

He has played competitively since he was 14, reaching Grandmaster in SC2. He played briefly in League of Legends, reaching rank 1 Diamond before moving to Heroes. He was previously the shotcaller for Glorious! Gaming before joining Symbiote Gaming (SMG) prior to SMG being picked up by Tempo Storm.

Most recently he was the shotcaller for Tempo Storm and became a free agent prior to the WCA America finals.