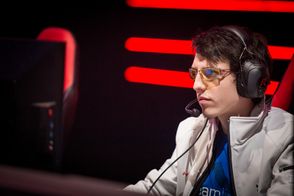 GranPkt is a known player from the StarCraft 2 and StarCraft: Brood War spanish scene. He played the terran race. He switched to Heroes of the Storm on August 2014, during the Alpha phase of the game. On November 2014, GranPkt joined the spanish team x6tence, where he played for almost a month before leaving for El NeXo, who were then acquired by Team Liquid.