From Liquipedia Heroes of the Storm Wiki
[e][h]HeroesAtSchool 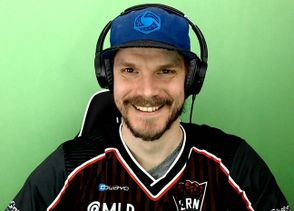 "HeroesAtSchool" is a German Heroes of the Storm caster. As a teacher in the everyday-life he dedicates a lot of his time to combine E-Sports and Schools in Germany. The long-term goal is the establishment of school-orientated lessons and tournaments in a scholastic context.

From the second year at his school in Mannheim, Germany as a teacher HeroesAtSchool started some projects with students regarding the improvement of E-Sports Skills. As Heroes of the Storm was the game he was most familiar with it naturally came out as the game of choice for the school projects. One year later he managed to establish a collaboration with ESports-Rhein-Neckar. An Esports-Club in Mannheim who targets E-Sports on any level. With that the school projects got a little boost. Apart from the school Projects HeroesAtSchool started streaming. Every possible income through his channel is dedicated towards his school project. Out of fun he started commentating some Games from HeroesLounge. After the cancellation of HGC and the Drop in professional Esports-Scene of Heroes of the Storm there was a void to fill regarding german commentary of High-Level-Heroes of the Storm. With the foundation of the CCL and the Masters Clash HeroesAtSchool jumped in to fill that void.