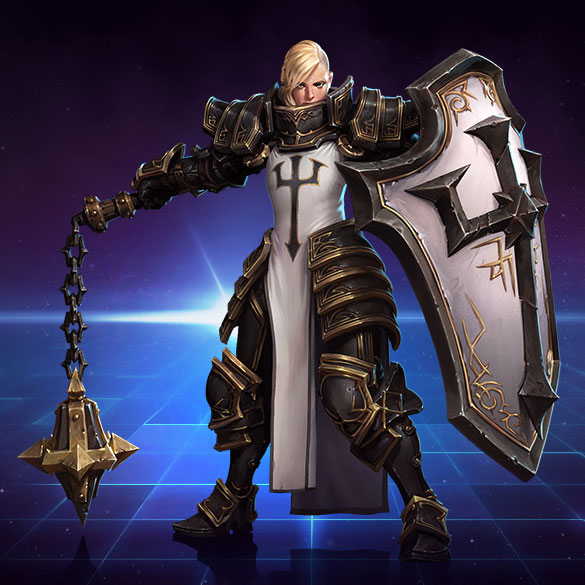 Johanna, the Crusader of Zakarum, is a Melee Warrior class hero from the Diablo universe.

There have been many women who have borne the name Johanna in service of the crusade, and each has given her life to purify her faith. Johanna carries on their legacy as she searches the kingdom of Khanduras for the fallen star.

Taken from the Quotes and Facts section of Battle.net's blog update for Johanna

The Crusader order she is part of was formed over 200 years ago, years after the Zakarum church became the guardian of Mephisto's soulstone. Around the time Rakkis and his armies had set off for the west to spread the Zakarum faith, leading to the creation of Westmarch, Akkhan, a high cleric of the Zakarum church, sensed growing corruption in the church. To save the church he created and trained an new order, and gathered warriors of parallel strength and inner light. The Crusaders' mission was to find some way to cleanse the corruption from the church, but the "thing" that could cleanse the church was a mystery. Many search for any information or artifacts related to Akarat, who was the first person to practice the religion that grew into the Zakarum faith. Some feel that the quest itself, and the faith and discipline it builds, is the goal.