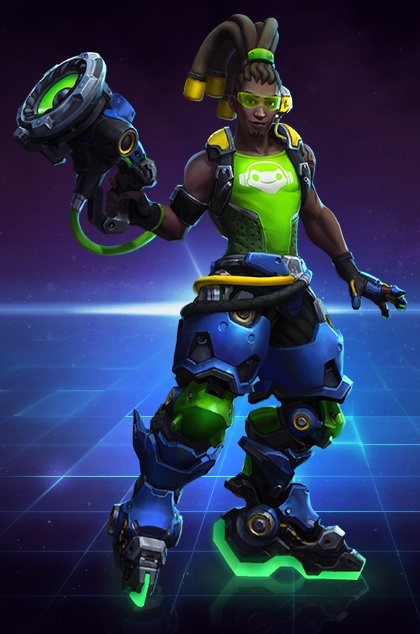 From the streets of Rio to the clubs on King's Row, Lúcio's beats bring the party to life, and drive the people to action. Now he's on tour in the Nexus, ready to break it down, and to continue fighting for what's right.