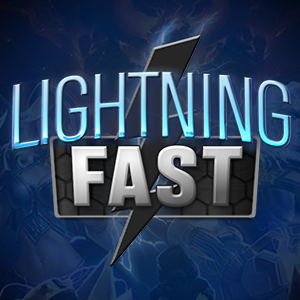 The Lightning Fast Invitational is a 1 day online invitational tournament for Heroes of the Storm. HeroesHype and Tempo Storm teamed up to create a fun and entertaining tournament with a twist on the standard competitive format - notably, the format for the event is a custom game with the following cheat settings: Unlimited Mana and Game Speed Maximum. With these settings, the games will play out completely differently from a typical match and will make for a highly entertaining tournament for both viewers and players.

The initial prize pool for the tournament was 2,500 USD, with an extra 1,063 USD raised from the tournament's crowdfunding campaign on Matcherino.[1] The additional prize money got added as follows: 60% to 1st place, 20% to 2nd place and 20% to 3rd-4th place.

Marcherino site for the tournament