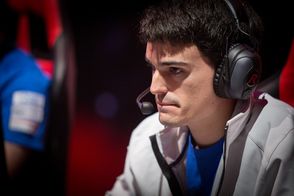 Pedro "LucifroN" Moreno Durán is a competitive player from Spain who was playing for Bushido eSports, a team created by his brother "Ryo" in 2017. He was a professional player in Warcraft III and StarCraft II, and he is the older brother of VortiX, another Spanish progamer.

In Warcraft III, he won the ESWC Asia Masters of Cheonan competition and finished second in the Blizzcon 2008 Warcraft III tournament, earning him acclaim and recognition.

In StarCraft II, he was considered one of the best non-korean terran players. He won offline tournaments such as IPL DICE in Las Vegas or The Gathering 2012 in Norway and several online tournaments.

After going inactive in StarCraft II, he started to play Heroes of the Storm on August 2014, during the Alpha phase of the game. He is now a competitive player who played for the team El NeXo , which was later acquired by Team Liquid .