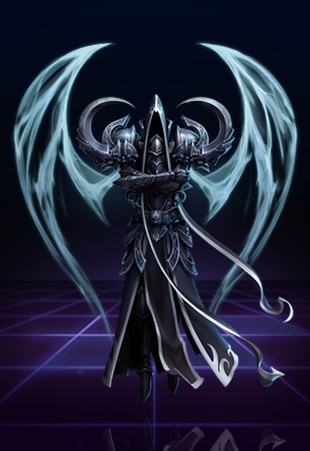 Malthael, the Aspect of Death, is a Melee Assassin class hero in Heroes of the Storm.

Once the Aspect of Wisdom, Malthael abandoned heaven after the Worldstone's destruction. In secret, he had resolved to end the Eternal Conflict by becoming a Reaper of Souls and eliminating everything affected by demonic corruption, including humanity.