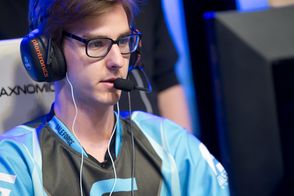 Michael "MichaelUdall" Udall is an American player, who is taking a break from competitive play. He is currently full time streaming and doing it still for Endemic Esports, the team he lastly played on before retiring. He also competed for Arizona State University's "Heroes of the Dorm" team. In Heroes of the Dorm, Udall and ASU went to finish 2nd in 2015, and first in 2016 where ASU's players won college tuition for the rest of their college career.