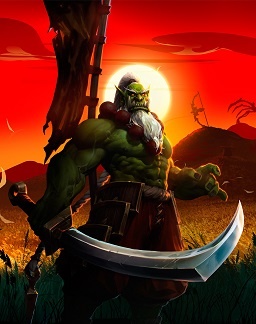 Samuro, The Blademaster, is a Melee Assassin class hero in Heroes of the Storm.

Samuro, the last remaining blademaster to wear the banner of the Burning Blade, is on a warrior's pilgrimage in search of vengeance and redemption for his fallen clan. It will be a long journey, but he has sworn an oath to restore his clan's honor.