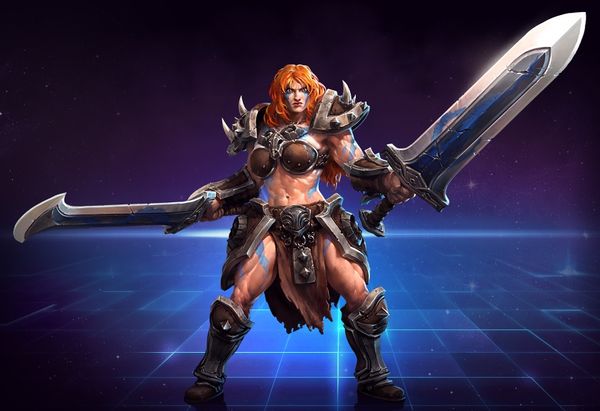 Sonya, the Wandering Barbarian, is a Melee Warrior class hero in Heroes of the Storm. She resembles the female Barbarian from Diablo III (though she remained unnamed during the events of Diablo III).

From the frozen Dreadlands of the north come the mighty Barbarian warriors. After surviving the destruction of her home and death of her tribe, Sonya wanders Sanctuary in search of battle and a better life for her people.