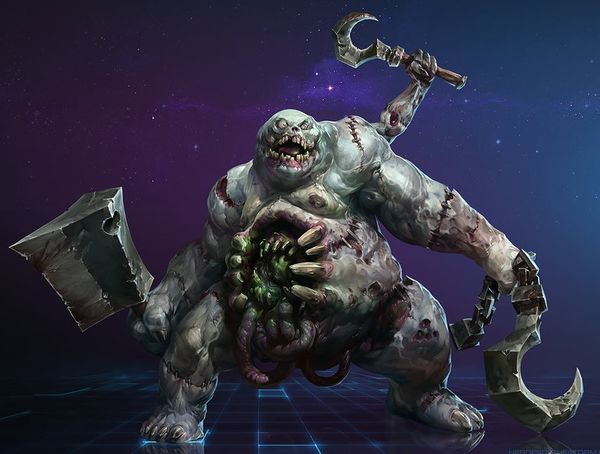 Stitches, the Terror of Darkshire, is a Melee Warrior class hero in Heroes of the Storm. He first appeared as an elite abomination in World of Warcraft, located in Duskwood.

Take care when traversing the shadowed trails of Duskwood...ever since Abercrombie the Embalmer unleashed his abomination upon Darkshire, Stitches has wandered the road aimlessly, hungering for the flesh of low level Alliance players.