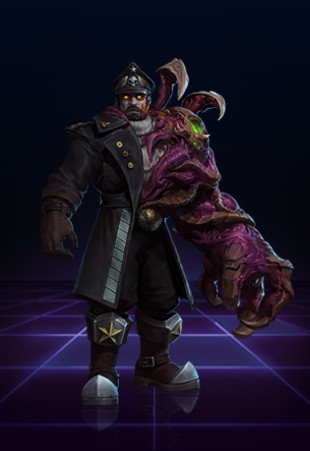 Stukov, Infested Admiral, is a Melee Support class hero from the Starcraft universe.

Alexei Stukov had a hard life, and an even harder death. He has been betrayed, shot into space, resurrected and infested, almost cured, and then experimented upon as the infestation returned. Now, his infestation spreads within the Nexus...