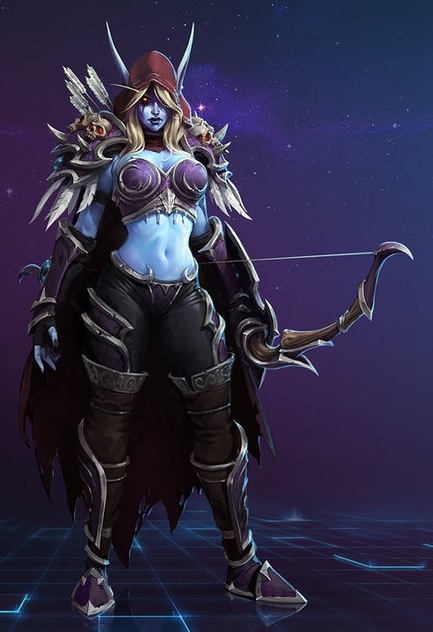 Sylvanas Windrunner, The Banshee Queen, is a Ranged Specialist class hero in Heroes of the Storm.

As ranger-general of Silvermoon, it was Sylvanas Windrunner's sworn duty to defend her home against all who would threaten Quel'thalas. She was an accomplished commander and a deadly archer, yet even Sylvanas could not stop the Scourge. Denying her a clean death, the Death Knight Arthas turned Sylvanas into a banshee. After Sylvanas regained her freedom, the Dark Lady rose to power as the Banshee Queen of the Forsaken undead. In the Nexus, Sylvanas haunts the battlefield, raining death on her opponents from afar and using her dark powers to twist and torment her enemies.