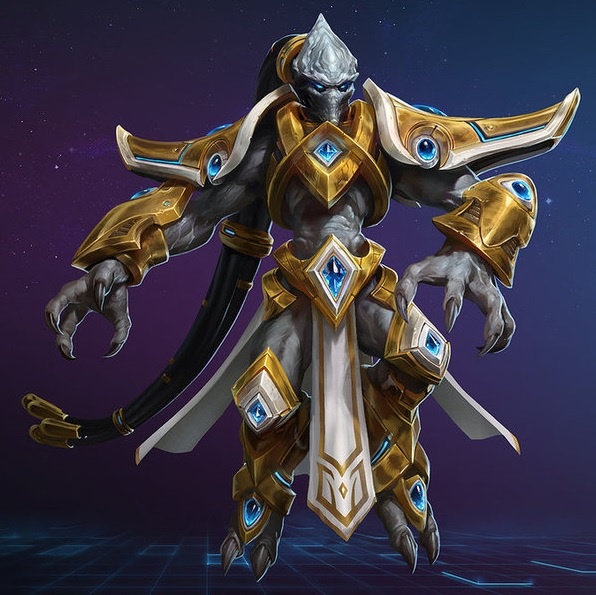 Tassadar, the Savior of the Templar, is a Ranged Support class hero in Heroes of the Storm. His first appearance was in StarCraft where he was a Protoss High Templar before he sacrificed himself to destroy the Overmind.

An executor without equal, Tassadar stood against the orders of the conclave, uniting with the Dark Templar, and fought valiantly to save Aiur from the zerg. Channeling the Khala and the Void, he destroyed the Overmind at the cost of his own life. In the glory of combat, protoss warriors forever invoke his name: “En Taro, Tassadar!”