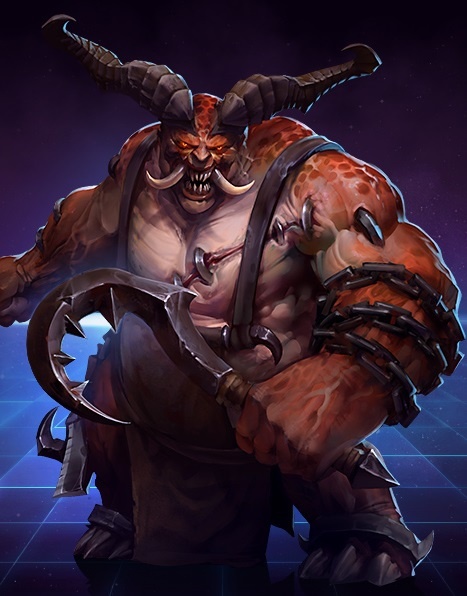 The Butcher, the Flesh Carver, is a Melee Assassin class hero from the Diablo universe.

A grotesque shape lumbers across the Nexus, a cleaver and a blood-encrusted meat hook in his massive hands. His hunger, insatiable, insistent, drives him ever on to carve up his enemies and consume their fresh meat. Even those fighting alongside him shrink away in fear when he draws near. He is violence incarnate; he is brutality given shape. He is the Butcher.