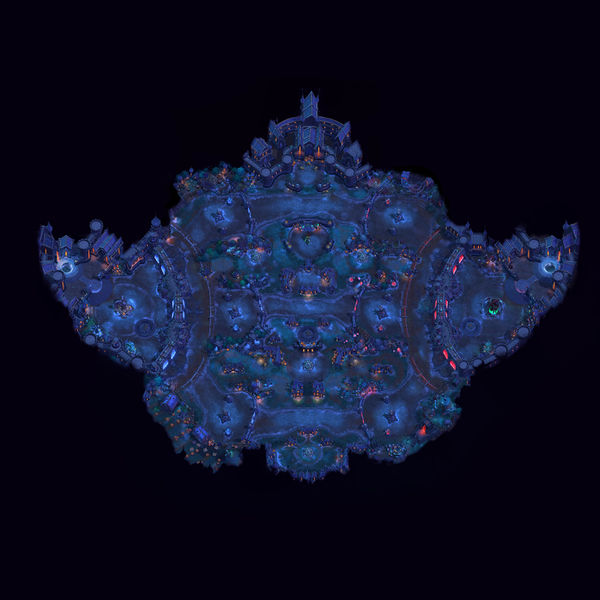 The Raven Lord and the Grave Keeper have risen over a dark and mysterious city, each seeking to annex it into the territories they inhabit within the Nexus. Now locked in a struggle for dominance over the little gothic burg, these mythic beings demand that Heroes contribute their might to this endeavor. Whether born from necessity, or merely for sport, their true intentions may never become clear—but one thing is certain: the battle for the Towers of Doom must be won!

This Battleground, however, is unlike any that denizens of the Nexus have experienced before. Each Core is protected by a barrier that cannot be destroyed by Heroes. Instead, teams must clash to activate the Altars that rise within the town. Once an Altar is claimed, each of the capturing team’s Bell Towers will fire on the opposing Core. Six Bell Towers in total guard this Battleground—but their allegiance is fickle. Upon destruction, a Bell Tower will turn against its former allies, each adding one more payload to the explosive volley that will fire when an Altar is captured.[1]