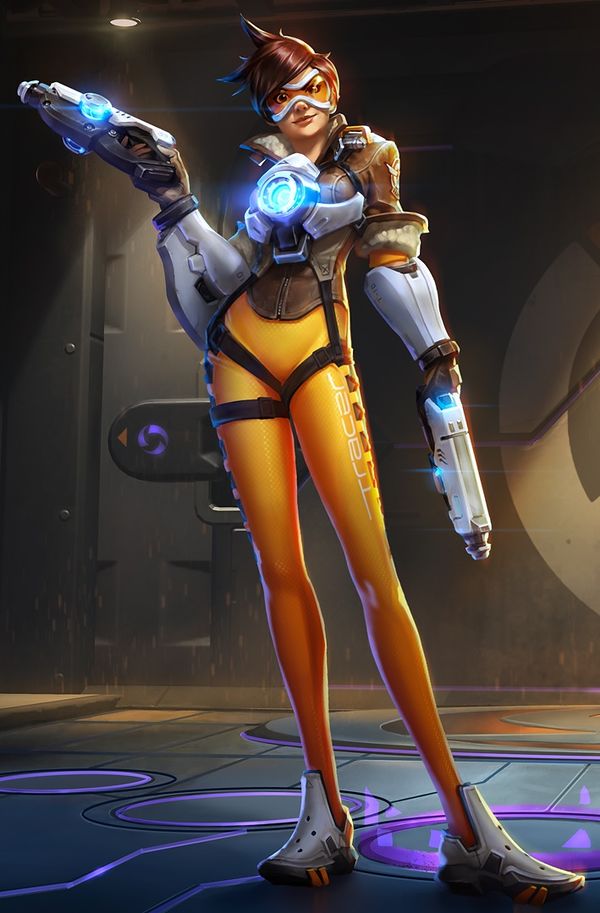 Lena Tracer Oxton, Agent of Overwatch, is a Ranged Assassin class hero from Overwatch. She was announced as the first Overwatch character in Heroes at BlizzCon 2015 and was released on April 26th, 2016, with those who pre-purchased the Overwatch Origins digital copy getting access a week early.

Lena Oxton (call sign: Tracer) is an adventurer and an irrepressible force for good. With the ability to alter her own time at will, she fights the good fight wherever she goes – even the Nexus. Bending space and time, Tracer is an extremely mobile and deadly teammate. Don’t worry, loves. The cavalry’s here.